After 7 months in covid hybernation, SBF is back! 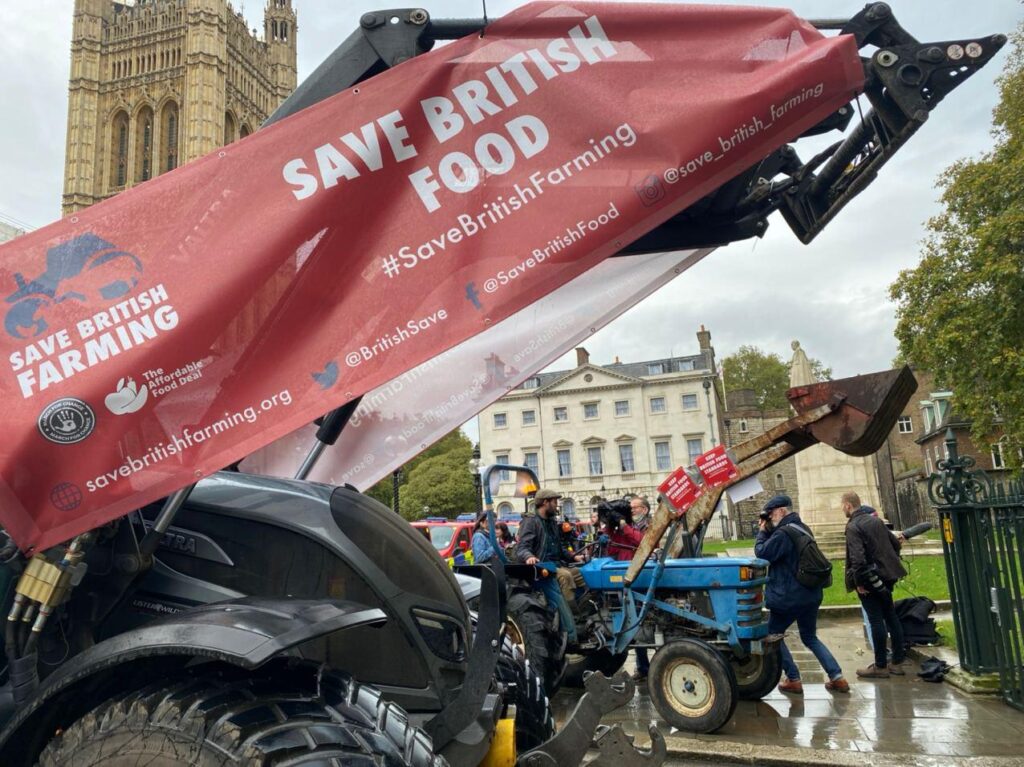 As the second covid wave hit the UK last Autumn, Save British Farming was forced to suspend campaign activities.

We did everything we could to lobby for the inclusion of food, animal welfare and environmental standards in the Agriculture Bill, as promised in the Tory Party 2019 manifesto.  While we failed in that, the huge pushback from the public in a massive letter-writing campaign to MPs and a 1 million strong petition forced the government to put the Trade and Agriculture Commision on a permanent footing.

Now, as we approach the end of May, a new threat approaches us from down-under in the form of a comprehensive free trade agreement with Australia.  The government, in its haste to show something for its disastrous Brexit, is pushing to seal the deal before June’s G7 summit, taking place in Cornwall.  This arbitrary deadline has given the Australian government the upper hand and so it’s pushing for quota-free and tariff-free imports on meat.  If our government caves, as it’s looking likely it will, this will be the starting point of trade deals with NZ, Brazil, Argentina and the US.  All of these countries produce food to much lower standards than the UK and through their use of intensive farming practices, can produce meat at a much lower cost.  This means as cheap meat floods the UK, it will decimate farming which won’t be able to compete.

Liz Truss, who’s doing the negotiating proposes the new deal is phased in over 15 years to “ease the pain” that will be inflicted on the agriculture sector.  Trade deals aren’t supposed to inflict pain.  Our governement is unique in the world for not protecting its own market.

Save British Farming is committed to doing all we can to prevent this travesty.  If the deal goes ahead, we will all be eating poorer quality food, and as farms go to the wall, our pastoral countryside will change forever.