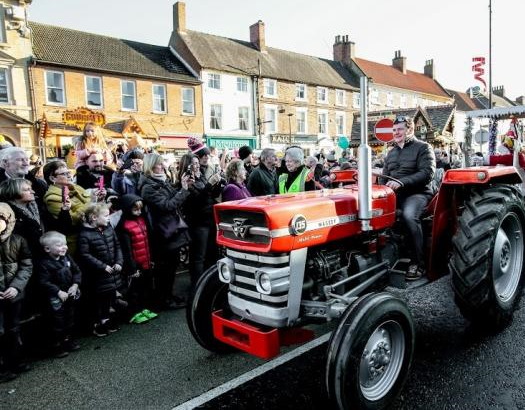 Farmers are planning a demonstration in North Yorkshire against Government plans for post-Brexit trade deals with Donald Trump and others which could have devastating consequences for farmers and the people of North Yorkshire.

Where: Northallerton, North Yorkshire
When: Friday 25th September from 12:30pm

A convoy of tractors and farm vehicles will drive up Northallerton High Street demanding safeguards to stop imports of hormone-treated beef and pork and chlorinated chicken undercutting Yorkshire farmers.

A letter will be delivered to local Richmond MP Rishi Sunak calling on him to back an expected amendment to the Agriculture Bill that would stop imports of food products produced to lower animal welfare, food safety and environmental standards than those required of UK farmers.

The protest will culminate in speeches around 1:30pm from a series of invited guests including at least one surprise high-profile individual with close ties to the Conservative Party.

The protest is being jointly organised by the campaign groups Save British Farming and #3.5%.

Muster point: layby off A684 by 12.30pm on Friday. Look for “Save British Farming” signs. If travelling from Leeming Bar, follow A684 through Morton and Ainderby Steeple, then look for layby on right immediately after crossroads signed for Romanby on left and Warlaby on right

If travelling from east, drive through Northallerton town centre, take A684 to Leeming/A1, then look for layby on left just as you’re leaving 40 mph zone.